St Edmund the martyr was king of East Anglia from about 855 until his death on 20 November 869. Much of what is known about his life is probably legend, since there is no contemporary evidence of his life and reign.

In 869 the Danes invaded East Anglia and Edmund was killed. He may have been slain in battle but tradition says that he was beaten, shot with arrows and beheaded because he would not renounce Christianity.

One legend says that his head was thrown into the forest, but was found by searchers who followed the calls of an ethereal wolf calling ‘here, here, here.’

The cult of St Edmund the martyr grew and Kings and pilgrims alike visited his relics. He was the patron saint of England until the middle ages when he was replaced by St George.

Saint Edmund's Suite offers extra space and comfort for your stay. This is a ground floor suite situated in the medieval part of the property. Your own front door leads to the beamed bedroom with ensuite shower room. Walk through to the spacious sitting room with large inglenook fireplace. For your convenience there is a a flat screen TV in each room and bathrobes and slippers are supplied to help you unwind. This is a lovely suite in which to spend a relaxing break or to work in peaceful surroundings. It is possible to link this suite with Room 12, Abbot Baldwin Apartment, if you require two rooms together. Please ask. 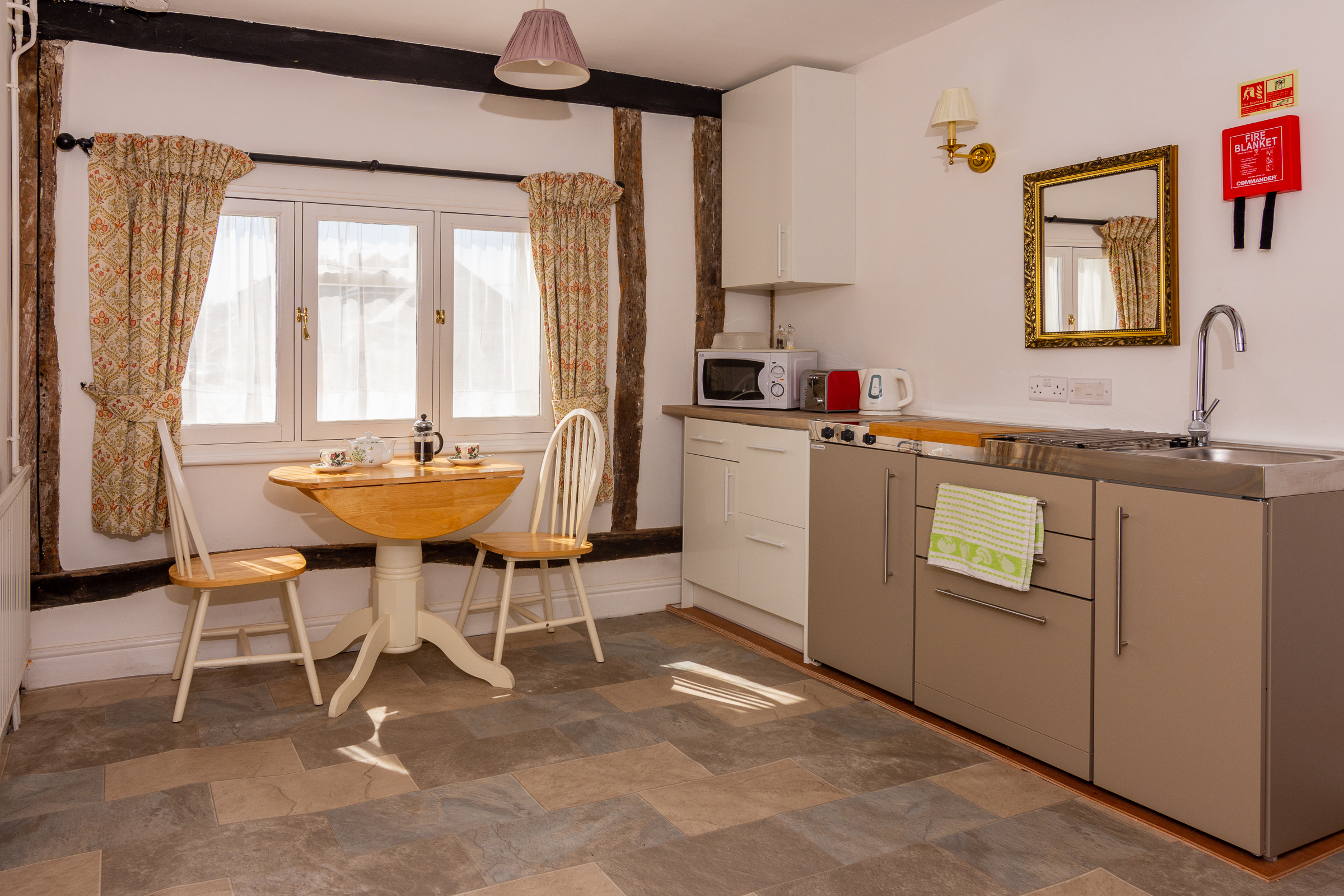 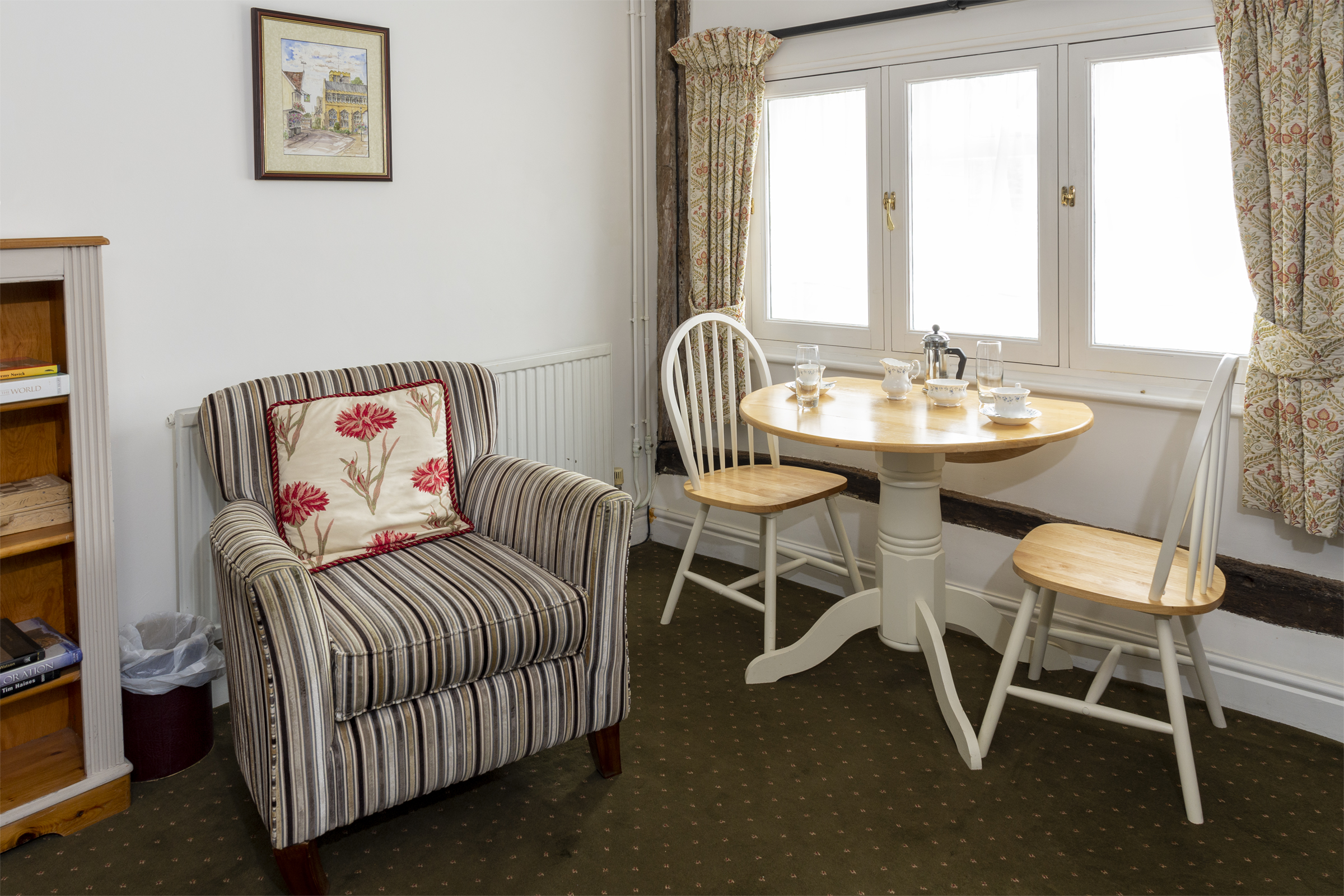 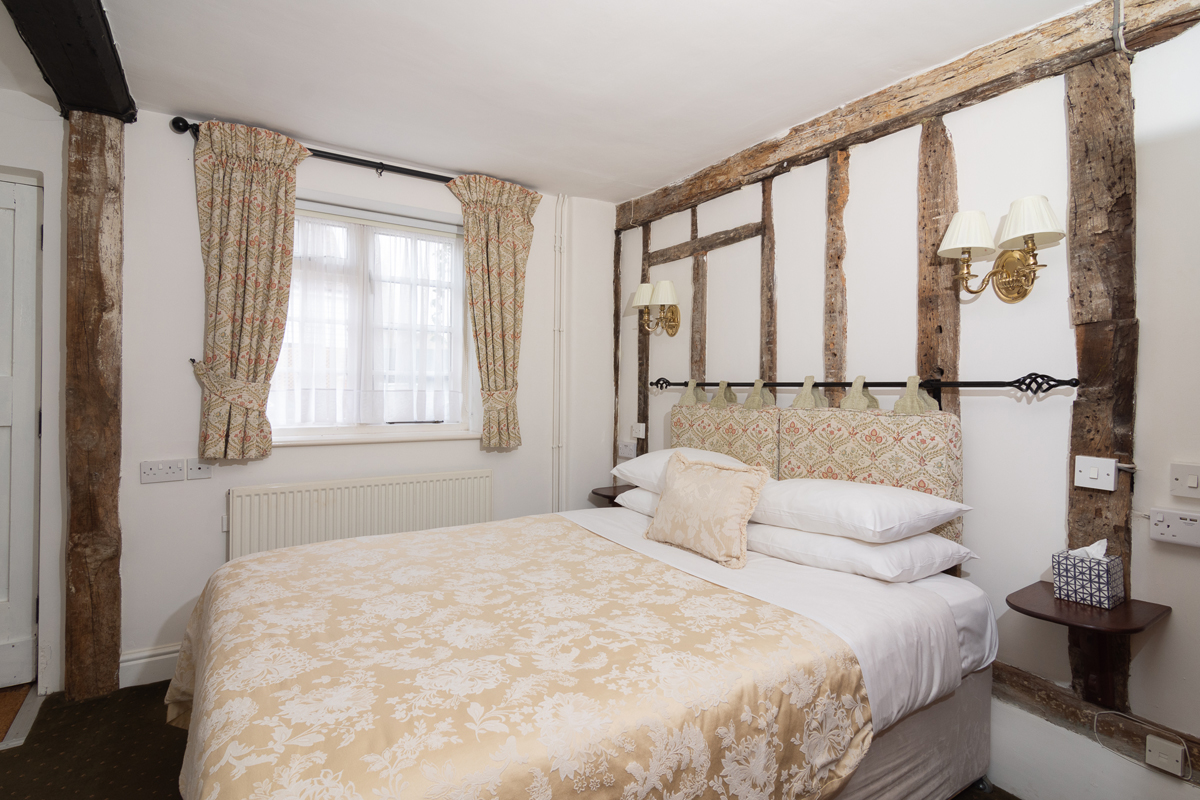 Find out more about St Edmund