Abbot Samson, 1135-1211 was an English Benedictine monk; born in Norfolk. He was elected Abbot of St Edmund’s Abbey in 1182. Samson inherited an Abbey in a difficult situation, requiring repairs, in debt and in conflict with the townspeople. Samson appointed learned advisors to help and advise him in order to bring everything into the order he desired.

When Abbot Samson died in 1211, there was still an interdict in place that nobody was allowed to be buried in hallowed ground so he was buried beneath the cloisters of the Abbey.

This lovely, classic room is on the second floor and is a quiet space to relax. Two armchairs add to the comfort in this quirky room. The ensuite bathroom has a bath with a hand held shower. 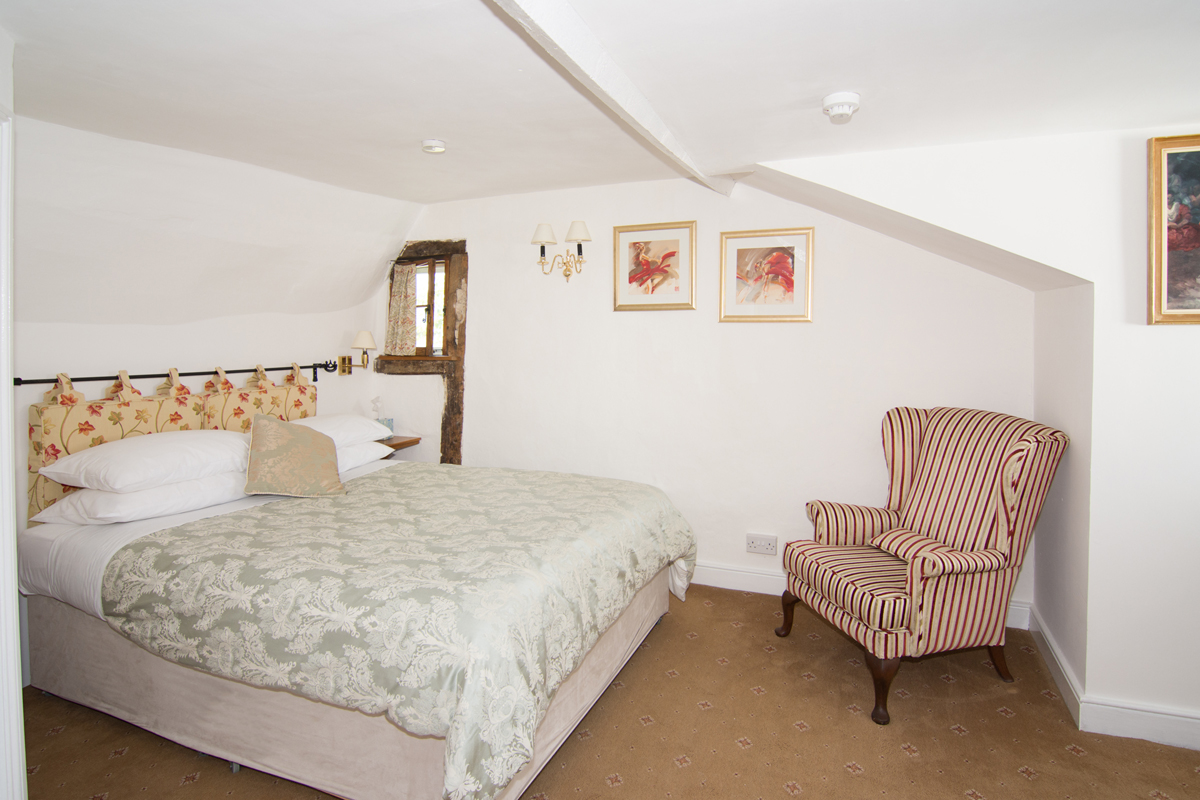 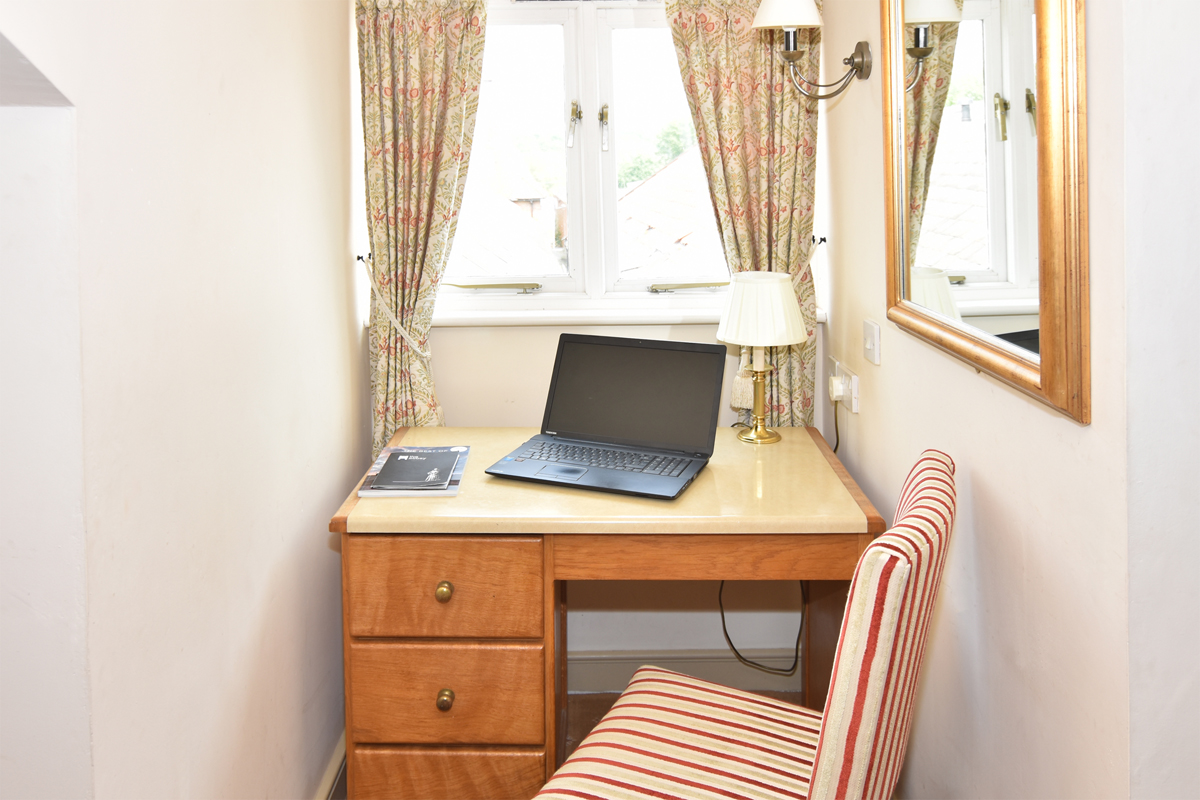 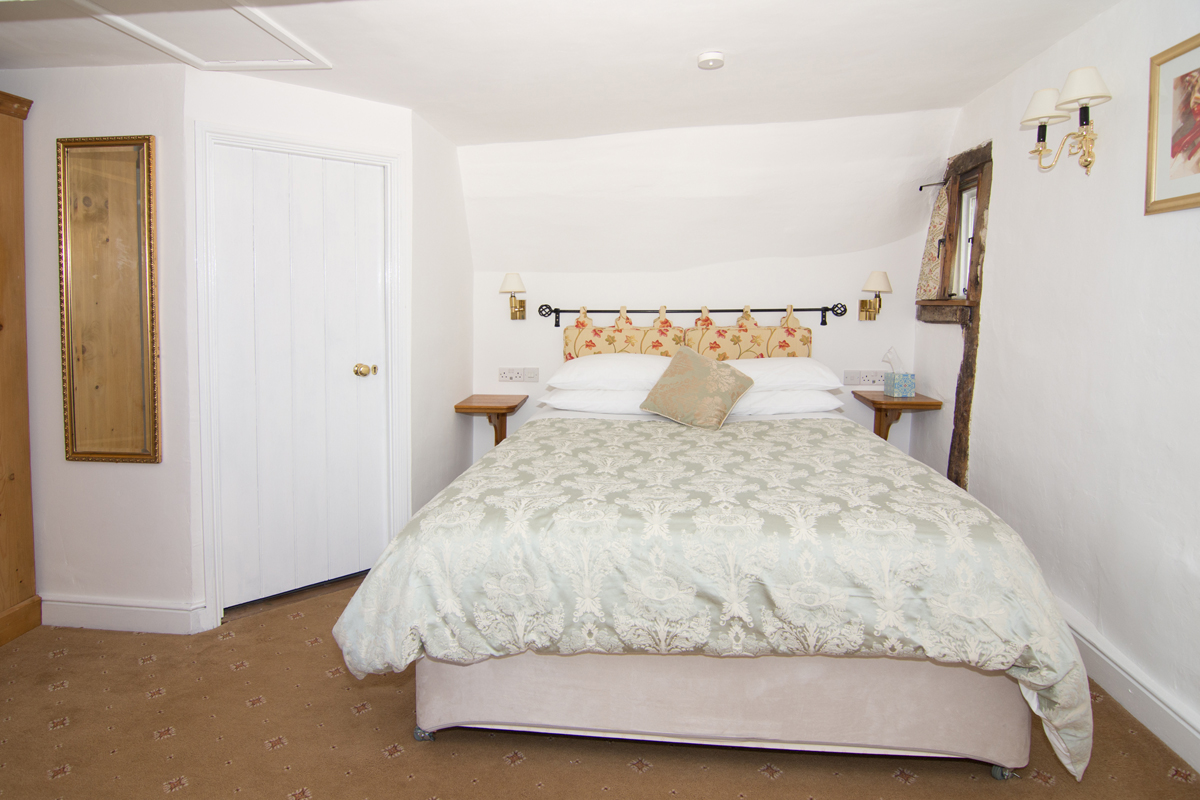 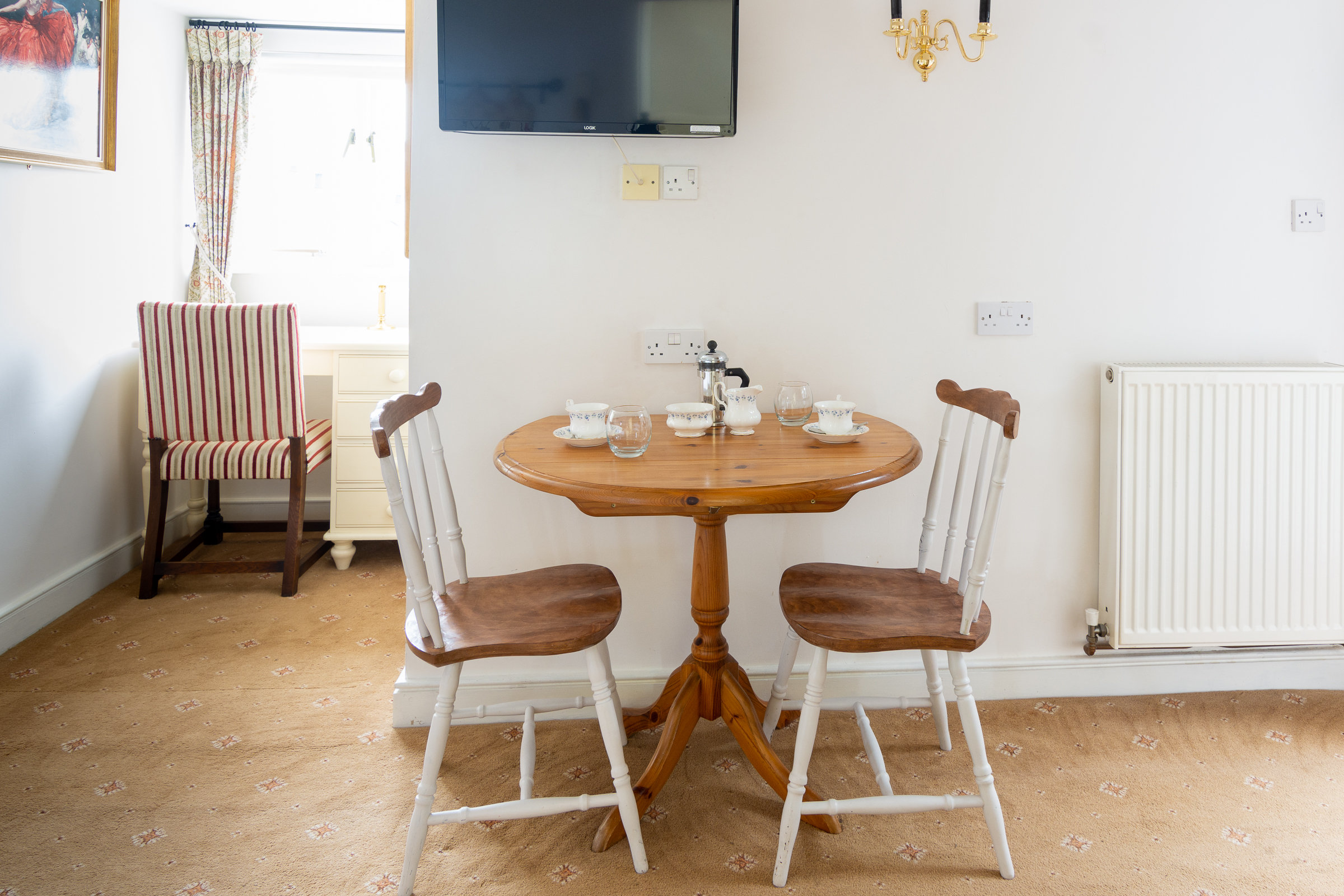 Find out more about Abbot Samson